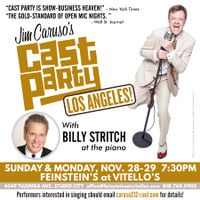 Join us at JIM Caruso's CAST Party with Billy Stritch at Feinstein's at Vitello's next Sunday night at 7:30 pm. I'll be singing an original song along with a terrific group of others, It's always a great show. 😎❤️🎤🎹♫♪ Make reservations in the comments below. Doors open at 6:30pm. Show starts at 8:00 pm. $20 food and drink minimum plus seating which starts at $25. It's a fun night! (Proof of vaccination required and mask mandate enforced.)

$20 food and drink minimum plus seating which starts at $25 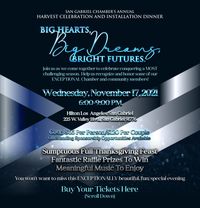 Johnny Schaefer will sing his song, "Unflown" at the annual Harvest Celebration and Installation Dinner for the San Ganriel Chamber of Commerce. 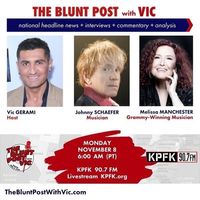 You Should Hear How Grammy® Melissa Manchester Talks About collaborating with singer-songwriter Johnny Schaefer on his song and music video, "You can't Hide the Light." It's a discussion of the power of music and spirituality and its place in the world. 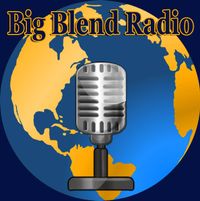 You Should Hear How Grammy® Award-Winner Melissa Manchester Talks About collaborating with Johnny Schaefer on the recording and video of his song, "You Can't Hide the Light" on Big Blend Radio, a mother-daughter video and audio show. Available on demand after the show airs.

Johnny Schaefer will be premiering his new song "Snuggle" at Jim Caruso’s Cast Party is a wildly popular weekly open mic night that has been bringing a sprinkling of Broadway glitz and urbane wit to the legendary Birdland in New York City every Monday night for the past fifteen years. It’s a cool cabaret night-out enlivened by a hilariously impromptu variety show. Showbiz superstars hit the stage alongside up-and- comers, serving up jaw-dropping music and general razzle-dazzle. Cast Party is the ultimate spot to mix and mingle with talented show folk and their fans.

The buoyant, sharp and charming Caruso guides the entire affair like a bubbly cruise director, musical genius Billy Stritch (Liza Minnelli & Tony Bennett) holds court at the ivories, and the audience is invited to participate in the festivities! Recently, Caruso and Stritch have taken the Party on the road, celebrating talent in London, San Francisco, Chicago, Las Vegas, Los Angeles, Dallas, Pittsburgh, Cleveland, Austin, and on the high seas. Cast Party was also part of the Jazz at Lincoln Center Songbook Series, celebrating the Golden Age of Hollywood with an all-star cast.

A minimum of $20.00 is required per person while inside the showroom. Dining in the restaurant or any of our bars does not apply to the showroom minimum. Service fees apply to all tickets purchased via Eventbrite, at the door, and/or at the Box Office. Valet parking available with validation for $6.

Parties of 6 or more must be booked directly with the venue by calling 818-769-0905. Big group seating is not guaranteed.

On iTunes, Amazon, Spotify, Google Play, Rdio, Deezer, and most online streaming and purchasing outlets and, of course, here on Johnny's website. Johnny has written a beautiful new Christmas lyric to the beloved tune Finlandia by Jean Sibelius. He approached Joseph's Prayer producer Stephan Oberhoff to give the song a Brazilian treatment and the results are spectacular. "This really is an entirely new genre" says Oberhoff, who has co-produced with Quincy Jones and has worked with artists such as Melissa Manchester, Brenda Russel, Jason Gould, Roslyn Kind, and many others. Stephan's first love is Brazilian music, and he brings his passion for the rich harmonies and rhythms to the project. To ensure that Johnny can keep making more music, be sure to download the song and listen on your favorite streaming channel, and watch and share the video often (in production).

Grammy award-winning singer-songwriter Melissa Manchester sings songs from her new album, The Fellas, as well as many of the songs that made her famous. Johnny was a winner in her recent cover contest and will be singing a duet with his mentor and muse.  In order to be seated for the show, you must purchase seats at a table, which require dinner purchase of at least $25. 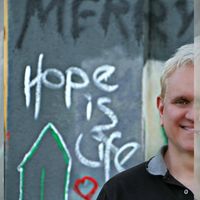 It's wonderful when whole great avenues are blocked off for you by giants because you have to find your own little corner.-Carl Andre.

Thanks for joining me in my little corner.

You've found the official page of eclectic singer/songwriter Johnny Schaefer. I've been singing my whole life and wrote my first song at the age of four. I have a BA in voice and composition from Cal State University, Fullerton. My latest release fulfills a lifelong dream of singing with GRAMMY® Award-Winning singer-songwriter and American Songbook Hall of Fame New Standard Award Winner, Melissa Manchester. I have also sung backup for Ms. Manchester, Josh Groban, Sarah Brightman, Pete Townshend, Billy Idol, Diahann Carroll and others. I  was a semi-finalist in four categories in the UK Songwriting Contest in 2020 and just learned that I'm a Semi-finalist in two categories in 2021. I don't try to sound like anyone else and I let each song tell me the style it wants to be, so you will hear me using a full palette of musical colors. On this site you can listen to and purchase my music, read lyrics and stories behind the songs, watch videos, sign up for info on new releases, and comment. Sign the guestbook and let me know where you're from! My Christmas album From Here to Nativity was funded, in part, by wonderful fans and is available worldwide on iTunes, Amazon, Google Play, Spotify, Deezer, and many other online retailers and streaming services. CDs are also available. My singles are digital releases, only.  I'm so glad you are here. Thanks for supporting Indie Music.

Add a tip as low as a dollar to keep the music playing.

Enter the amount you wish to donate