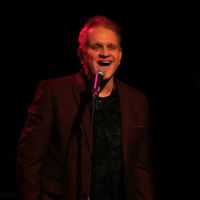 Johnny Schaefer is an eclectic, Award-Winning Los Angeles-based singer/songwriter and an example that dreams can come true at any age. He has a BA in Music (Composition and Voice) from California State University, Fullerton. He is a member of the Recording Academy Class of '22 as a Grammy® voting member. He is the winner of the 2021 UK Songwriting Contest/Music Aid International Award for "Best Original Song" for his release, You can't Hide the Light. The song was also chosen as "Best Music in a Short Film" for the music video in the Paris International Short Film Festival. He has sung backup for Melissa Manchester, Josh Groban, Sarah Vaughan, Sarah Brightman, Pete Townsend, Billy Idol, Diahann Carroll, and others.. He has been a Semi-Finalist in 10 categories in the 2020 and 2021 UK Songwriting Contest. He has collaborated with Producer Stephan Oberhoff (Heartbeat Brazil), Kimaya Seward, Bram Stoker Award-winning author and lyricist Elizabeth Massie, Grammy®-nominated jazz harpist Carol Robbins, Christoph Bull, Paul the Trombonist, Steven Cagan, best-selling author Marianne Williamson, composer Michael J Lewis, Gary Stockdale, Chad Ellis, children's author Sam Renick, and composer Lynn Kowal. He has sung on projects as diverse as children’s records, musical theater, and opera. He was a cantor and soloist at Blessed Sacrament Church in Hollywood, CA for decades. Johnny has two albums. Acoustic Remedy is an eclectic mix of mostly original tunes and the other is From Here to Nativity, a Christmas album taking the listener on a journey from Advent through Epiphany. Seven of the songs are original and seven are classics. Johnny's award-winning single, You Can’t Hide the Light, was written just after being a caregiver for his cancer-stricken mother during the COVID lockdown. He is joined on the song by GRAMMY® Award-Winner and Great American Songbook Hall of Fame inductee Melissa Manchester, fulfilling a decades-long dream. Manchester calls the song “Wildly listenable.” Producer Stephan Oberhoff an affiliate of Quincy Jones, produced the track with Johnny. Johnny is married to Videographer Paco Silva and has been active in the LGBTQ arts community.