New Single: "You paved the Way"

ft. grammy® Award-Winner Kimaya Seward debuts november 23, 2022 (Which would have been my Mom's and Kimaya's dad's birthday)

You Paved the Way

"On my daily walks I often spend time expressing gratitude for what I see around me. Gratitude is a huge part of my life and I try to practice it in every setting. I believe we get more of what we focus on. On one such walk I started thinking of all the thousands of people over time who had contributed to what I was seeing. The architects and

"On my daily walks I often spend time expressing gratitude for what I see around me. Gratitude is a huge part of my life and I try to practice it in every setting. I believe we get more of what we focus on. On one such walk I started thinking of all the thousands of people over time who had contributed to what I was seeing. The architects and bulders and planners and the inventors... We are all buildng upon what was done before so that we are not starting from scratch. A song started to come to me and by the time I had finished my walk most of this song had been formed. I was thrilled to be joined in the studio by Kimaya Seward, who brought a wonderful energy and her beautiful voice to the project. Thank you, Stephan, for bringing her to the party. I hope that people might see this song as a way to thank those who paved the way in their own lives." -Johnny Schaefer

Kimaya Seward is an international jazz artist and Grammy award winner to the world renowned jazz group Hiroshima where she toured and graced the stages of The Apollo, Carnegie Hall, Radio City Music Hall, The Greek Theater, and the Hollywood Bowl. She holds a BA in Entrepreneurship. Business and a Masters in International Global Marketing. She has performed live on tour and on recordings with such notables as Diana Ross, Michael Jackson, Shelia E, Steve Gatlin, Prince, Snoop Dog, Yolanda Adams, The Winans, Kool and The Gang, The Whispers Howard Hewitt Pacific Symphony Orchestra JT and Friends Orchestra. Her career started as a classical violinist and had a full scholarship to Julliard when she was thirteen she
studied under one of Jascha Heifetz prodigies,she decided to not take the scholarship and pursue singing and songwriting instead. After moving to North Hollywood she met Ray Parker Jr and Bootsy Collins from Parliament Funkadelic and worked on the Ghost Busters Cartoon as a writer and developed her skill for collaboration she worked with the top producers Narada Michael Walden, Kashif, and LA BabyFace. This led to working in top studios such as Capital Records and MCA as well as the EMI/SBK music group and Universal Cartoons as a writer and vocalist, on Land Before Time, Balto 1 and Balto 2 and Brer Rabbit featuring comedian DL Hugley. Her reputation was growing stronger as a quick melodic writer and session singer with the ability to layer her vocals and create on the spot vocal arrangements and this caught the attention of producer Quincy Jones and various song writers like Alan Rich and Jud Friedman who wrote Run To You for Whitney Houston. Kimaya’s voice can be heard as a voice over artist singing on commercials such as Coke, Diet Coke, Disney, Target and I-Hop. As well as hosting and doing live VO work on award shows like the BET awards, American Music Awards and many others.

Many jingle houses hire her as a songwriter for their jingles as well as a vocal coach and arranger for international Japanese, Korean and European artists. Her career started expanding into acting and production and she became a theater and film actress on many award winning independent filmsand theater production and started her behind the scenes work as a make-up artist assistant director and co- producer in the Temecula Film Festival, NASA awards and American Veteran Award shows as well as working in videos with AMX, Shaq, Soldier Boy and Jermaine Jackson.

This eclectic multi-talented artist still had yet another passion and that was for teaching and mentoring and in the mid- 90’s she started a performing arts program for homeschoolers while she was homeschooling her own daughters and taught private and group lessons in voice, piano, acting and Her reputation for teaching all the techniques of voice, performance and what it means to be in the industry turned out to be very successful and many of her students have been on Broadway, received scholarships in vocal and musical theater performance as well as pursued their artist careers in the industry including Katy Perry, who was a mere 11 years old when she took her first lesson. She is sought after as a master class instructor and speakers, praise and worship leaders, pastors, rappers and students from all levels have taken privates from her and some still take touch base lessons via skype and credit her techniques and mentorship as being invaluable to their careers. Currently Kimaya is working on several film and tv projects she is producing while working on her live one woman
show and recording in the studio. 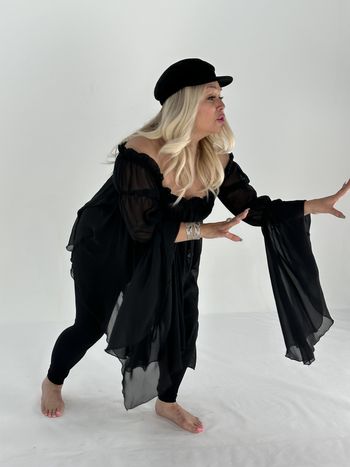 Kimaya Seward during the video shoot 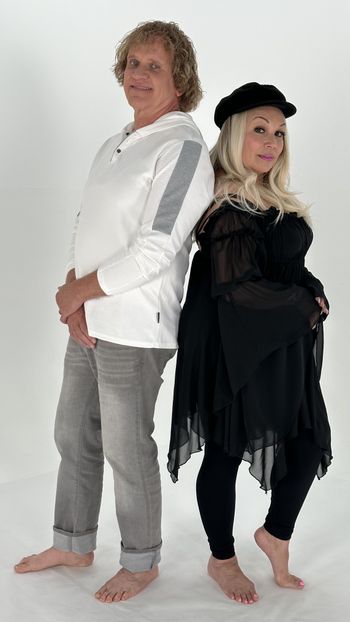 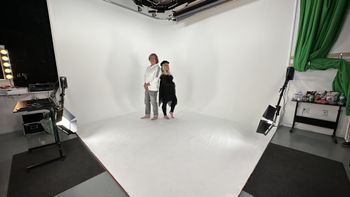 Johnny and Kimaya at RDMG Studio 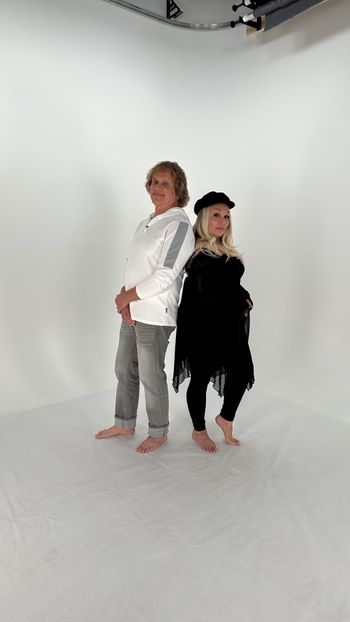 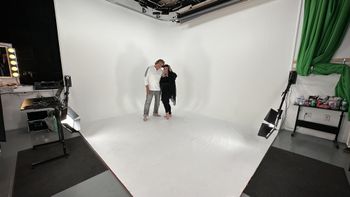 Long shot of Johnny and Kimaya 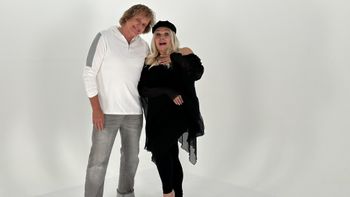 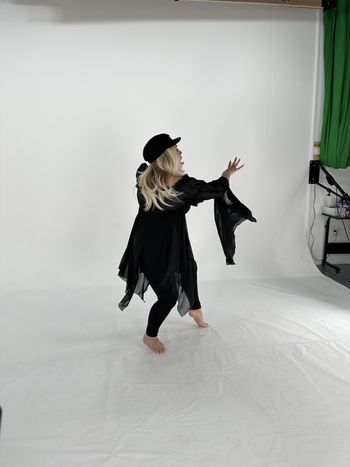 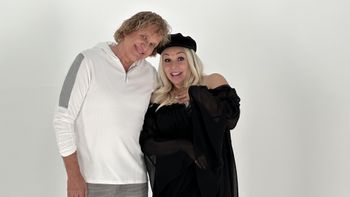 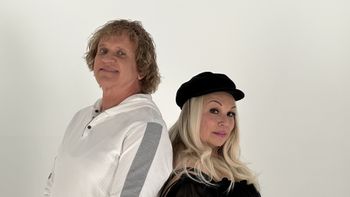 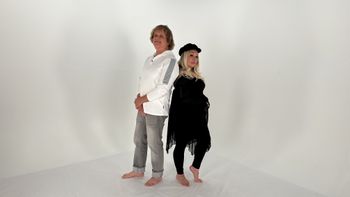 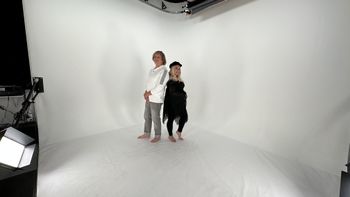 Ring the Bell to keep informed

Watch for the world premiere watch party on November 23